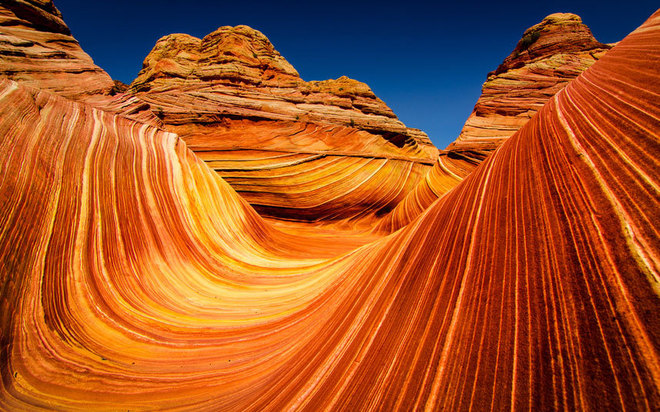 The Wave is a sandstone rock formation located in the United States of America near the Arizona–Utah border, on the slopes of the Coyote Buttes, in the Paria Canyon-Vermilion Cliffs Wilderness, on the Colorado Plateau. It is famous among hikers and photographers for its colorful, undulating forms, and the rugged, trackless hike required to reach it. 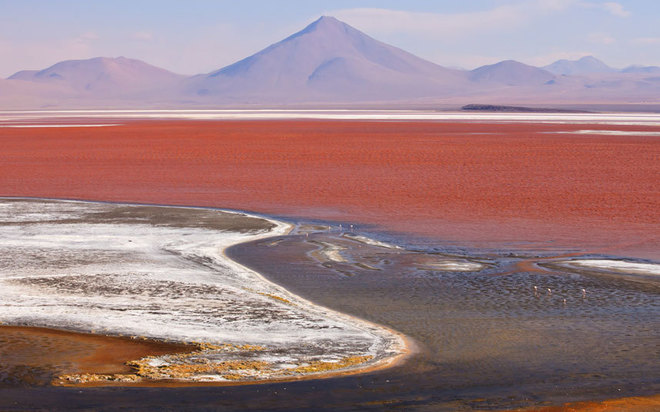 The world’s largest salt flat sits at a lofty 3653m (11,985ft) and blankets an amazing 12,000 sq km. It was part of a prehistoric salt lake, Lago Minchín, which once covered most of southwest Bolivia. When it dried up, it left a couple of seasonal puddles and several salt pans, including the Salar de Uyuni. The savage beauty of this vast salt desert makes it one of South America’s most awe-inspiring spectacles. 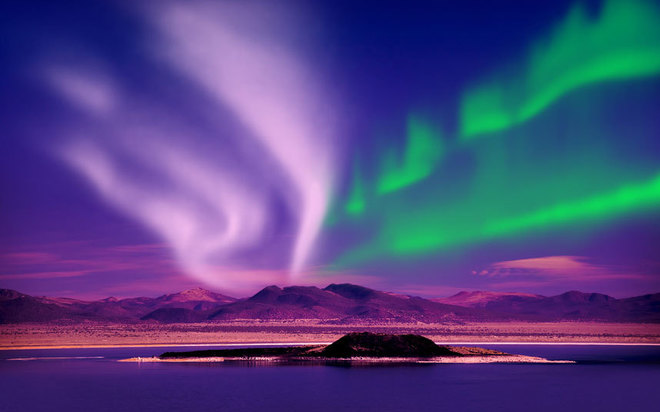 Few natural phenomena have the power to beguile quite like the aurora borealis and no-one ever forgets their first experience of watching what could just be the greatest show on earth. 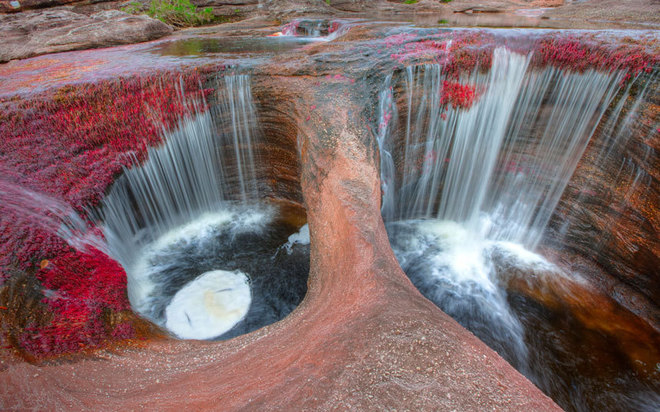 A unique biological wonder, Caño Cristales has been referred as the “river of five colors,” “the river that ran away from paradise,” and “the most beautiful river in the world.” 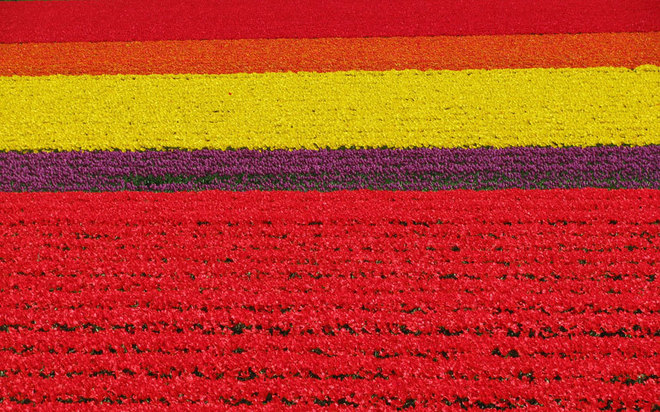 Keukenhof (“Kitchen garden”), also known as the Garden of Europe, is the world’s second largest flower garden following Dubai Miracle Garden. It is situated in Lisse, the Netherlands. According to the official website for the Keukenhof Park, approximately 7 million flower bulbs are planted annually in the park, which covers an area of 32 hectares (79 acres). 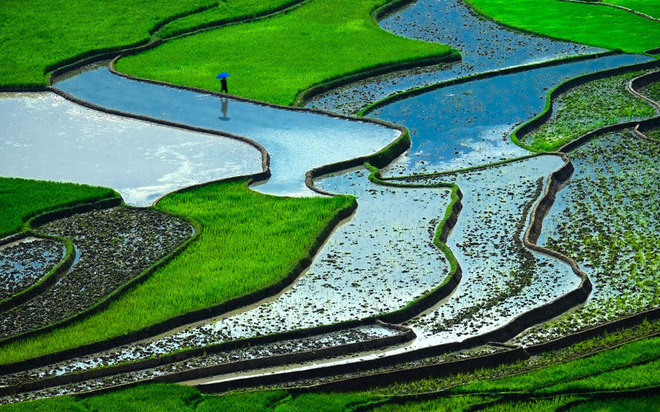 Rice terraces are slopes claimed from nature for cultivation in hilly or mountainous areas. Due to the steep feature, fertile soil thanks to it was created by weathered granite rock and mountain cliffs often stock water, local ethnic minority people can grow rice and establish terraced rice fields, one after another, from the foot to nearly top of mountains.

Terraced rice paddies ring the Vietnamese countryside in bright green. The crop, a staple of Southeast Asia, has been grown in Vietnam for thousands of years. The country is now the second largest exporter of rice, after Thailand.

When it rains, instead of washing away the soil, the soil stays in place. Nutrients are also held in place or carried down to the next level. 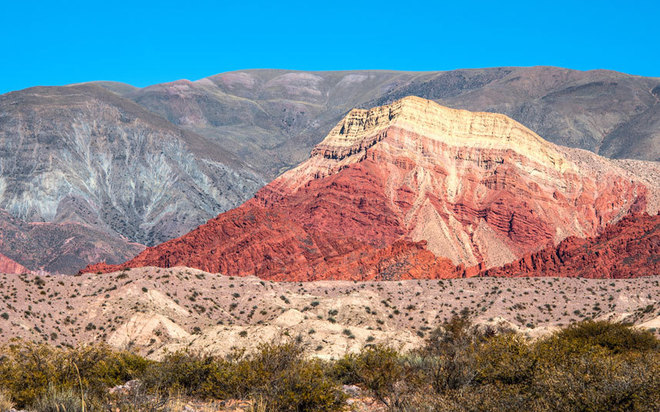 The Quebrada de Humahuaca is a narrow mountain valley located in the province of Jujuy in north-west Argentina. It is about 155 kilometres long, oriented north-south, bordered by the Altiplano in the west and north, by the Sub-Andean hills in the east, and by the warm valleys (Valles Templados) in the south. The Quebrada de Humahuaca was made a UNESCO World Heritage Site on 2 July 2003. 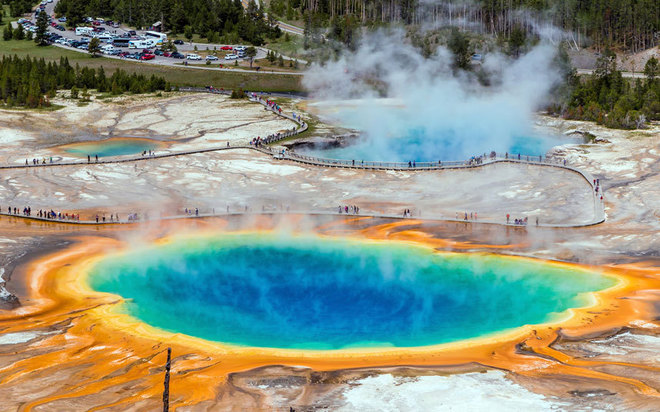 For anyone who wishes to see something truly spectacular Grand Prismatic Spring in Yellowstone National Park, Wyoming should be on the list. The hot spring is the third largest in the world, and the largest in the United States. 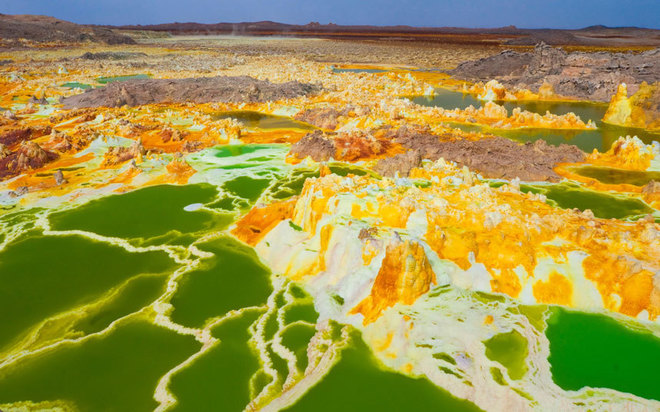 In the North East of Ethiopia lies the Danokil Desert. At its heart is a volcanic crater, Dallol, little known and seldom visited but quite extraordinary. 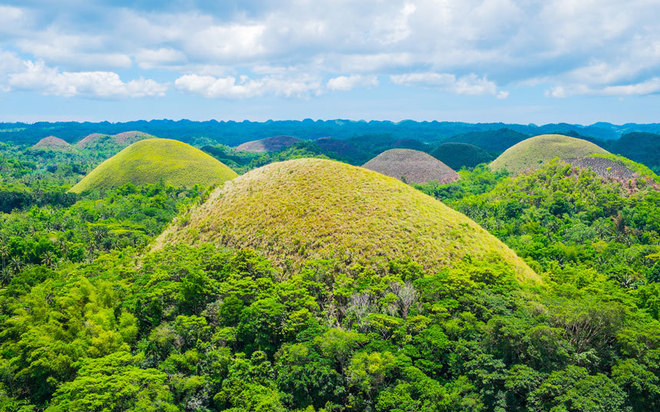 The Chocolate Hills are a geological formation in Bohol Province, Philippines. There are at least 1,260 hills but there may be as many as 1,776 hills spread over an area of more than 50 square kilometres (20 sq mi). They are covered in green grass that turns brown (like chocolate) during the dry season, hence the name. (3852)