Trang An Scenic Landscape Complex in Ninh Binh Province in northern Vietnam has just been inscribed in the United Nations Educational, Scientific and Cultural Organization (UNESCO)’s World Heritage List, being the country’s first site to be acknowledged as a mixed natural and cultural property. 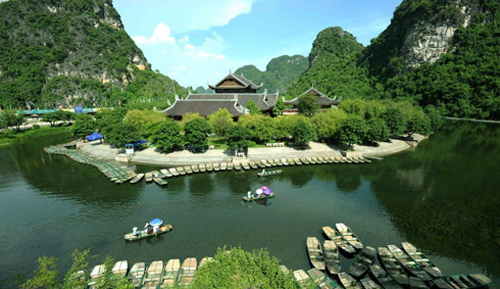 According to the Ministry of Culture, Sports and Tourism, the World Heritage Committee announced the listing during its yesterday’s session in Doha, Qatar.

Nestling on the southern shore of the Red River Delta, Trang An is a resplendent complex of limestone karst peaks which are permeated with valleys, including submerged ones, and surrounded by steep, almost vertical cliffs.

Archaeological traces of human activity dating back almost 30,000 years have been found within the complex.

The Trang An complex boasts several locally-recognized sites like the Trang An ecotourism site, Tam Coc – Bich Dong, Bai Dinh pagoda – the largest of its kind in the country – and Hoa Lu, Vietnam’s former capital in the 10th and 11th centuries.

The area is also home to temples, pagodas, paddy fields, villages, and other sacred sites. 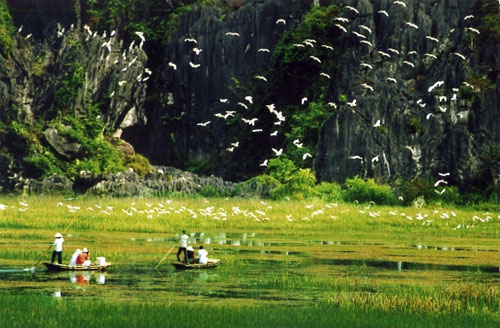 It has around 500 species of flora, 73 species of birds and 41 species of other animals, and is renowned for its diverse ecosystem, unique natural beauty and geological characteristics.

In May 2012, Trang An was recognized as a national heritage site, and four months later, the culture ministry submitted a dossier on the complex to the UNESCO for its recognition as a World Heritage Site.