Not only embossed dragon, unicorn, phoenix, house in Bac Giang also carved passionate scenes of lovemaking in order to express the desires of life to be flourished of the community.

Phu Dinh Temple is located in Dao My Commune, Lang Giang, Bac Giang province. The temple was built in Le Dynasty in 1688. The temple is valuable architectural historical artifact that had last more than 400 years. In 1982, Phu Lao Temple was acknowledged as the national architectural monument. 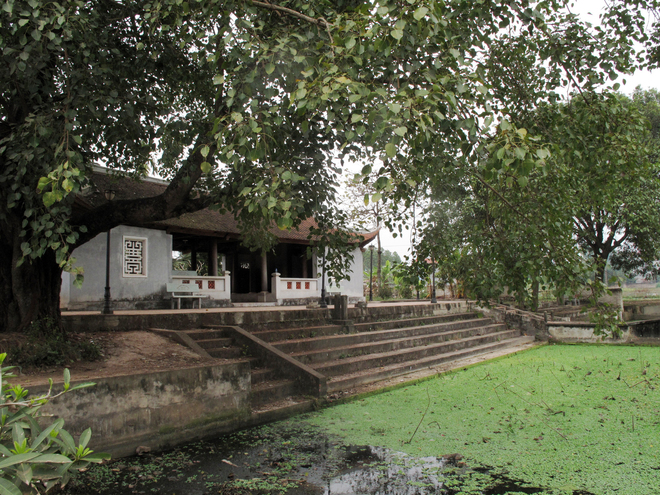 Phu Lao Temple is located on a high strip at the head of an airy and beautiful Tay Lo village in Phu Lao district.The old village of Phu Lao is now separated into 3 smaller villages: Tay Lo, Dong Tham, and Nui Dua. The main entrance of the temple is facing the village, while its back faces the dock. According to feng shui, this setup will create a water convergence so that prosperity and luck will come to the villagers. In the picture is the Tien Te House and after it is the main hall of the temple. 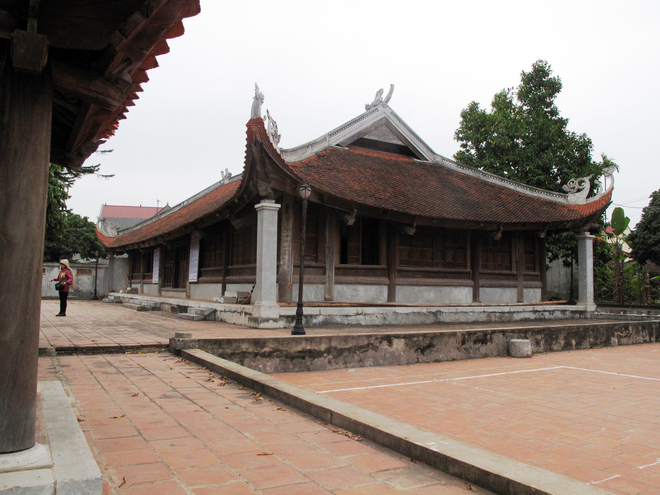 The origin temple followed the One Architecture style, or – in Chinese, which when the temple was built, there was only one main Hall. The two other harems were built after. 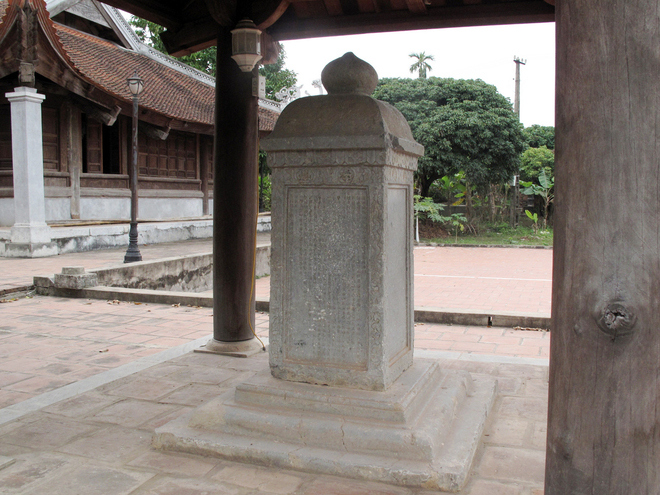 In the front on the left of Phu Lao Temple, there is a 1m high tetrahedral headstone, to acknowledge the contribution of Ms Dao Thi Hien. This headstone is also the testament to the built year. The temple was built to worship St. Cao Son – Quy Minh. The temple is also honored the Hau family, who helped to build this temple. 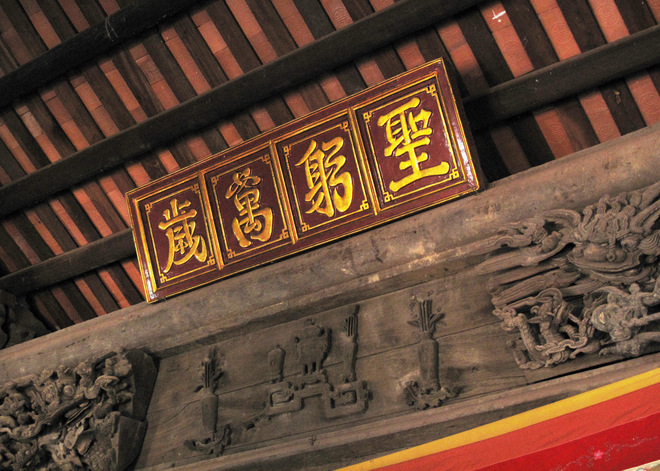 On the center of the retina, there are 4 letters “Thánh Cung Vạn Tuế”, which mean “long live the Grace”, or “Forever the Grace”. The true architecture value of the temple lies with its pillars, roof, and most importantly, the sculptures. According to the researchers, carvings in Phu Lao Temple followed the “touching the feathers” technique, which means in order to make the images can be seen vividly, the craftmen had to sculpted deep in the wood. This technique is very difficult, and requires many special tools to finish. The craftmen also have to have a highly skill with the understanding of the architecture in general and in the detail. 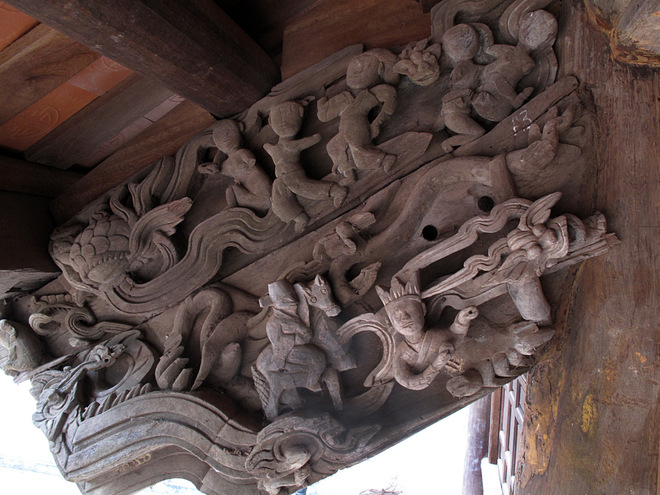 Entering the Phu Lao Temple, we can see on the ceiling rods the cravings, the ancient visual art, reflecting the social life at that time such as Nobles, Farmers, Merchants, the holy animals such as the Great Four dragons, unicorn, turtle, and phoenix and many others like horses, snakes, chameleons, geckos. 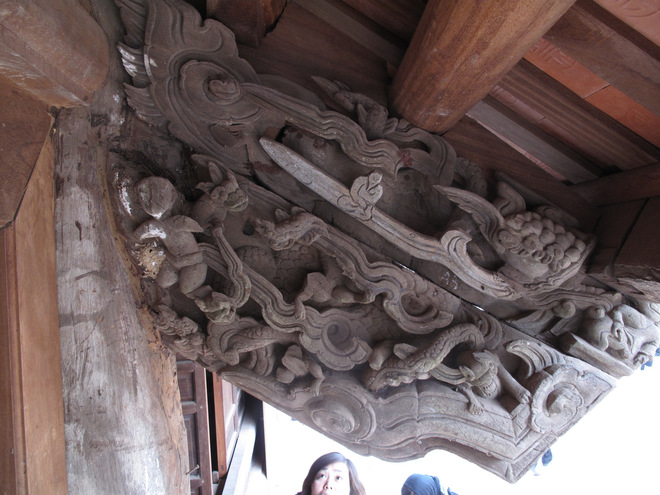 Dragons appear in Phu Lao Temple are always vivid and lively to anyone visiting this temple. 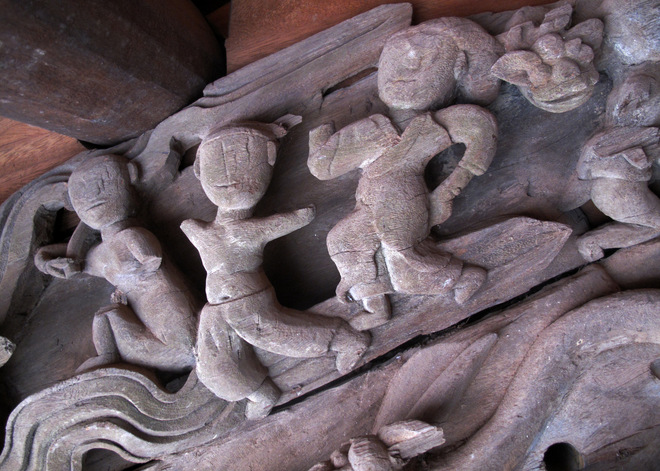 The sculptors were mostly anonymous. They were farmers, who understood the life on the field, and because of that, the cravings in the village reflect the real life in the most unique style. At the temple, there are many carvings depicting the folk life. Some depict the festivals… 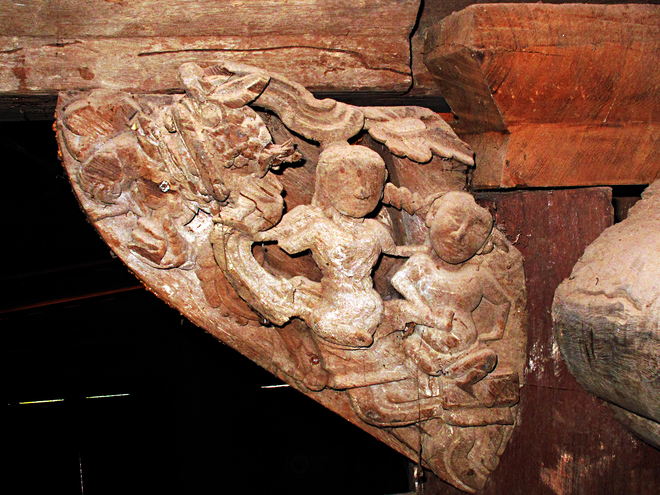 … Or the dating couples. 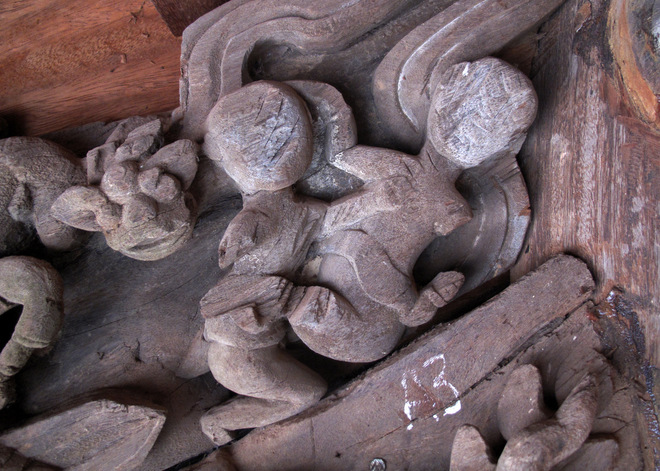 Even bolder, the sculptures also depicted the passionate lovemaking moments. These sculptures represent the ideals, the wish for fertility and life can grow in this land. 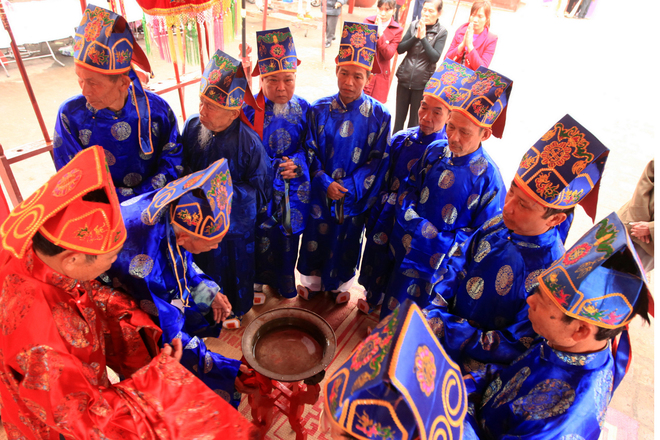