Vietnam is seeing more and more visitors each year, with the actual number of tourists per year reaching well over 6 million.  Some areas in Vietnam, such as Halong Bay, Sapa, and Hoi An, are very beautiful but also packed with tourists year round.  Fortunately, if you want to get away from the crowds, you have several alternatives.  Here are some suggestions for ‘off-the-beaten-path’ travel in Vietnam based on the kind of vacation you are looking for.

Off the Beaten Path: Nature

A few years ago, the largest caves in the world were discovered in central Vietnam.  These caves are a complete marvel, in pristine condition and also thought to contain the largest stalagmites in the world, up to 70 metres tall!  Currently, only a limited number of expeditions per year are allowed and come at the very hefty price of $3000 per person.  If this is out of your price range, fear not!  In the same area, you can visit the Phong Nha Ke Bang National Park, wherein lies two famous caves – Phong Nha cave and Paradise cave.  Up until the discovery of Son Doong cave, Phong Nha cave was thought to be the largest in Vietnam.  To put it into perspective,  Son Doong is more than five times the size of Phong Nha cave!  Nevertheless, the smaller caves are beautiful and unique in their own way.  The entire area is also very serene and peaceful, with many small lakes in the area and quaint lodging options.

How to get there: From Dong Hoi train station or airport, arrange a pick up with your hotel or hostel in Phong Nha.  The drive is a little over an hour.  Otherwise, it is a 4 hour drive from Hue. 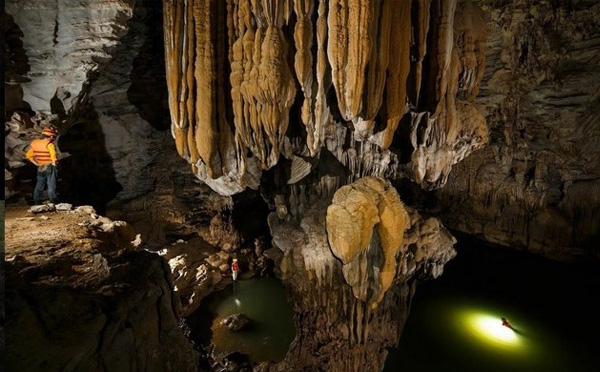 One of the most unique places in Vietnam is Buon Ma Thuot, situated in the central highlands of Vietnam.  This area is most famous for generating a majority of Vietnam’s coffee for export and is often dubbed Vietnam’s “capital of coffee”.  Besides the coffee plantations, Buon Ma Thuot is also situated next to a large and beautiful lake which is still shallow enough in some areas to be able to cross on elephants!  This activity is a major draw for tourists, but still not enough to make this area touristy.  This is one of the few places in Vietnam where you can actually ride elephants, and it is much more ‘rustic’ of an activity than the organized elephant tours in Thailand and other neighbouring countries.

How to get there: You can visit Buon Ma Thuot by road from DaLat or Nha Trang.  Or, you can sign up for a motorbike tour through EasyRiders where they have itineraries that take you to Buon Ma Thuot. 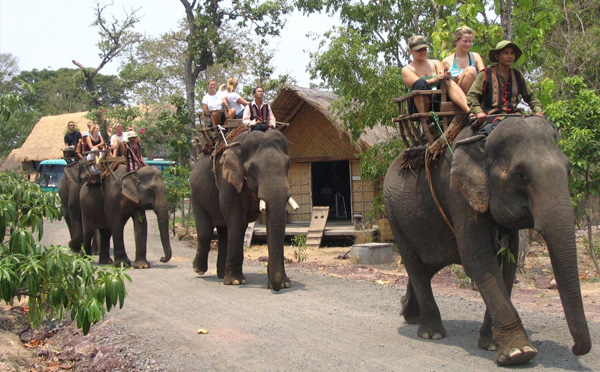 Off The Beaten Path: Culture

Chau Doc is a small city in the Mekong Delta close to the Vietnam-Cambodia border.  Due to its proximity to the border, the people of this region are  either Cham, Cambodian, or Vietnamese in ethnicity, and they all live together in harmony.  The Cham people who live in Chau Doc are descendents of the Muslim Cham people who were displaced from Central and South Vietnam during the war in the 18th century. This unique mix of cultures and religions gives this town a different kind of vibe.  The main draw to this town, besides the slower paced life, is the religious architecture.  A few kilometres outside of Chau Doc is Mount Sam, where they have many temples and pagodas, and around the area you will find many mosques as well.  Chau Doc has a very close trading relationship with Cambodia so this border crossing is very convenient if you want to continue your journey westward.  An interesting way to get to Phnom Penh from Chau Doc is to take a boat along the river.

How to get there: By road from Ho Chi Minh City is the easiest route to Chau Doc, and the drive takes 4 to 6 hours. 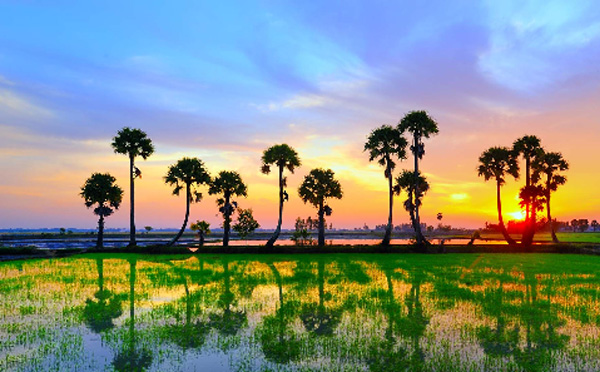 With towns like Sapa becoming more and more touristy by the minute, Mu Cang Chai or Mai Chau are great alternatives. Mu Cang Chai is a small town of 43,000 people in northwestern Vietnam is one of the most naturally beautiful places in the country, and Mai Chau is also very similar.  Many people have a romanticized view of rice terraces and open mountainous areas with farmers donning conical hats, and this is the place to see it!  Not only is it quiet and tranquil, the scenery is spectacular.  These areas are inhabited by more than 20 different ethnic groups, and in some areas, the Viet people are not the majority.  These different people live harmoniously with one another and live a very peaceful and self-sustaining lifestyle.  There is very little interference from modern culture and they adhere to their beliefs very strongly.  That being said, they are incredibly friendly and open with tourists.  You will find that they are also less aggressive than their counterparts near Sapa because these smaller towns have not been inundated with tourists in the way that Sapa has.

How to get there: The easiest way to get to Mu Cang Chai or Mai Chau is by road from Dien Bien Phu or from Hanoi.  It is a longer drive but so worth it.  Even though it’s a long drive, the journey is much shorter to get there in comparison to the journey time to Sapa. 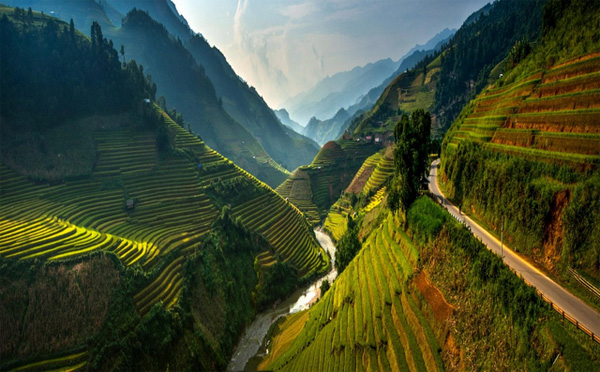 Off the Beaten Path: History

Hue has played a very important role in Vietnam’s history throughout the centuries, not just recent history.  Hue was the capital of the Nguyen Dynasty almost 150 years just before the emperor abdicated to governmental pressures.  The DMZ between North and South Vietnam is also located very close to Hue.  During the war between North and South Vietnam, many tunnels were built near the DMZ, very similar to Cu Chi Tunnels near Ho Chi Minh City.  Cu Chi Tunnels are very touristy, so visiting these tunnels near Hue is a great alternative.  There are many more historical sites and museums to visit in Hue, but far fewer tourists visit there than other cities in the region, like Danang and Hoi An.  If you can get past the notoriously bad weather, visiting Hue can be both an enjoyable and educational experience.

How to get there: Hue is very accessible by road, plane or train since it is on the coast.  In order to visit the DMZ or the tunnels in the area, you will need to set up a tour or find a xe om. 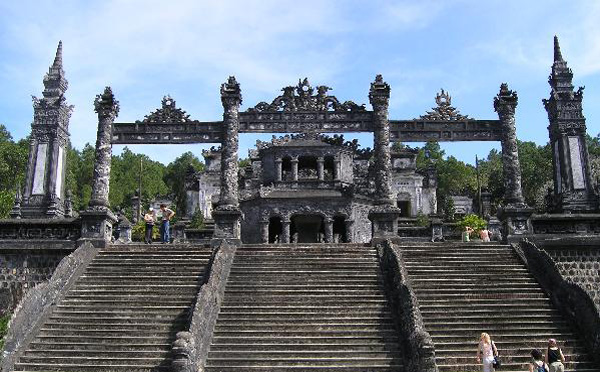 Dien Bien Phu is the city that has been an important aspect of Vietnamese nationalistic pride.  During the French Indochina War, Dien Bien Phu was the site of the ultimate battle between the Viet Minh and the French Union which led to the termination of French rule in Vietnam.  In fact, this battle is so famous that it has been depicted in paintings and caricatures, and has even been featured into a movie of the same name.  As a side note, the commander who led the Viet Minh into battle and secured this victory, General Vo Nguyen Giap, recently passed away and his death weighed heavily on the hearts of Vietnamese throughout the country because he played a very important part in giving Vietnam its independence.  Interestingly, Dien Bien Phu was also once famous for being one of the strongest fertile areas in Vietnam at that time, exporting rice mainly but also being at the centre of opium export.  You can experience some of this history first hand by visiting the bomb crater sites and museums in Dien Bien Phu.  The surrounding area of this city is also breathtaking, with the hills and the greenery all around.

How to get there: Dien Bien Phu is very close to the fringes of the Vietnam and although it is accessible by road, it could be a long trip.  Fortunately, there is an airport there and you can fly in from many major cities in Vietnam and Laos. 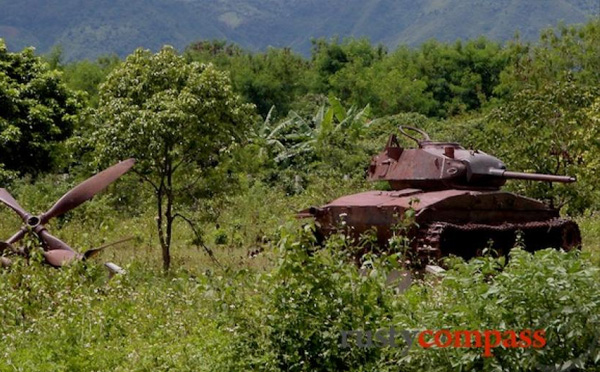 Off the Beaten Path: Beach

With beaches in Vietnam becoming more and more popular in Southeast Asia, it can be difficult finding some quiet beach time.  During high tourist season, many of the beaches in Vietnam are riddled with tourists and locals.  Although this makes for a very lively atmosphere, it is most definitely not tranquil.  Quy Nhon is the perfect alternative to busy beach areas like Nha Trang and Hoi An.  The beach is relatively untouched, there are very few peddlers, and it is not very commercialized yet.  There are very few resorts and hotels there and fishing is a major industry in Quy Nhon.  This city doesn’t have the kind of nightlife that Nha Trang does, but you feel like you are much more connected to the local culture.

How to get there:  Quy Nhon is actually quite accessible by train or road, because it is situated perfectly between Nha Trang and Hoi An.  You can stop over in Quy Nhon to break up the journey! 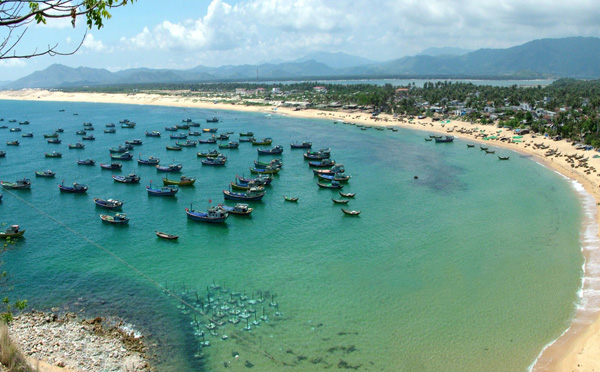 Con Dao, an archipelago off the southern coast of Vietnam, is actually an old prison island.  Many political prisoners during the French rule were held in prisons in Con Dao.  Today, it is a highly sought after beach destination and is one of the few places in Vietnam where you have really white sand and turquoise waters!  These islands are very seldom visited by tourists because it is both remote and expensive.  Some of the resorts on the island are very expensive but thankfully there are a few places to stay that are easier on the wallet.  Nevertheless, Con Dao is very untouched and is considerably more ‘off the beaten path’ in comparison to other beach areas in Vietnam.

How to get there:  The only reasonable way to get to Con Dao is by plane.  The short flight from Ho Chi Minh City adds to the appeal of Con Dao because only a few flights a week go there and the flight is operated by a smaller carrier affiliate of Vietnam Airlines. 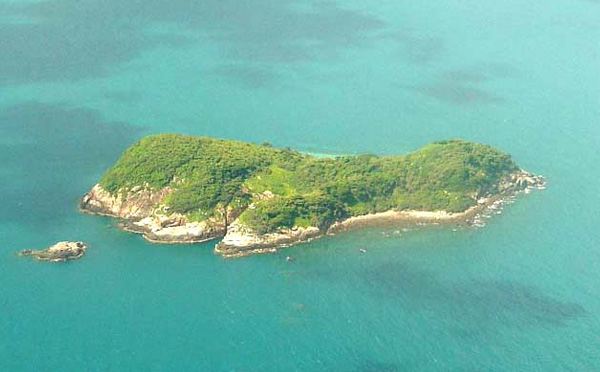