Can Tho2 Mekong River Delta5

One of should-not-miss place when traveling Can Tho is Bang Lang Stork Sanctuary. This stork garden is home to various kinds of stork. Here is not just a fascinating attraction in Can Tho, but also an ideal place for eco tours in the city. 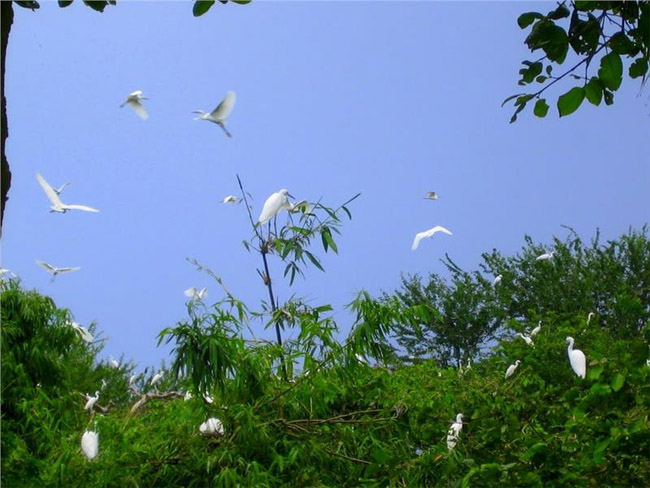 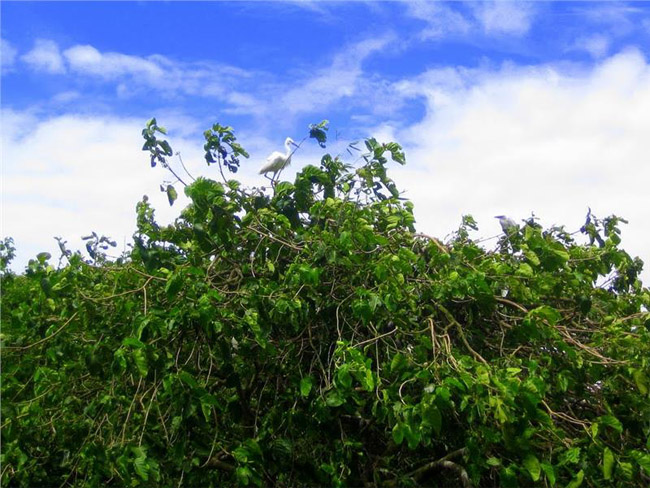 Bang Lang Stork Sanctuary is one of the most famous attractions in Can Tho, also one of the largest bird sanctuaries in Mekong River Delta. This stork garden is becoming an appealing and unique attraction of eco tours. Bang Lang Stork Sanctuary has a variety of herons. In order to contemplate unforgettable beautiful scenes, the period from 6-7 a.m. is the best time to see flocks of white storks foraging, or at 5 pm when they come back. If you want to immerse yourself in the nature of Southwest, you should not miss to listen to traditional folk music of local people in the harmony with the rustle sound of storks. 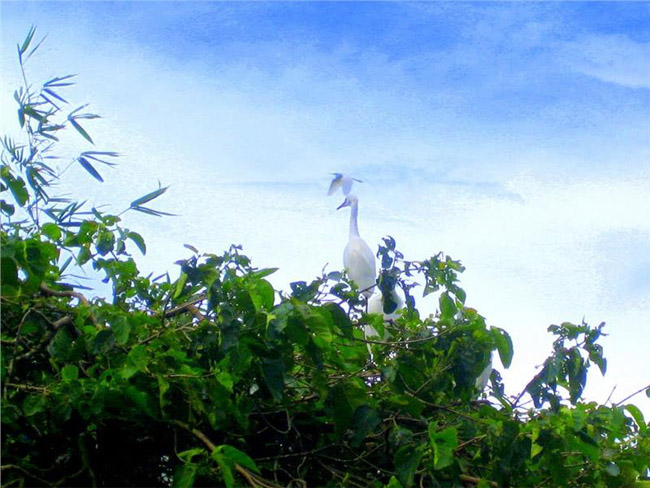 The owner of this unique garden is a genuine Southern farmer, Mr. Nguyen Ngoc Thuyen, also known as Mr. Bay. He shared on 1 May, 1983; suddenly there are about hundred of “ghost” flamingos with small black-body, light gray-wing storks flying and shelter in this garden. Then they left, and came back after nearly one year. This time, they lured about tens of thousands of storks with various types in all sizes. Since then, they has been sheltering and reproducing here. Storks often go foraging in couples, sometimes in group. This sanctuary has an abundant food for stork in rainy season, but in dry season, the owner of this garden has to feed them daily. Annually, he also “repairs” houses for these storks by deepening canals and planting trees, etc. 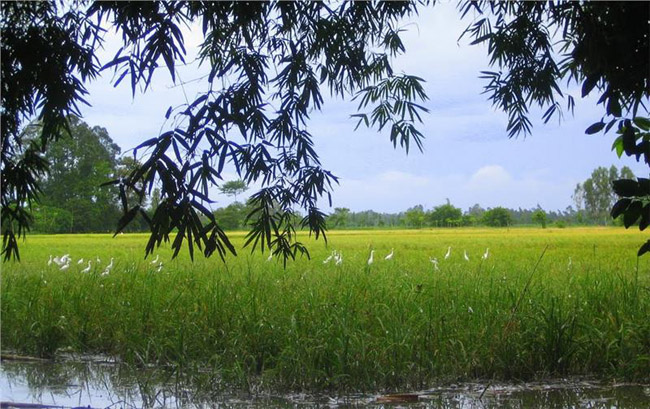 In rainy season, you have to travel by boats, while in dry season you can get there by motorcycles, or on foot. It is about 2 km from this bridge to the garden. Two sides of road are depicted with two lush green bamboo trees which bring a sense of rustic and serene atmosphere here. The entrance ticket in this garden costs from 10 to 20 thousand dong. Strolling in this sanctuary, you have a chance to meet many kinds of stork. The smallest kind of stork weighs about 150 gram. The biggest one has the weight of about 1.2 kg. Other types weigh about 400-500 gram. This type accounts for about 80% in this garden. If traveling here by boat in spring, you will have the feeling of floating on waves along with pictures of blooming purple flowers along the waterfront, which makes tourists so impressive. From afar, the garden is so immense. It is not exaggerated when saying that Bang Lang Stork Sanctuary is the largest one in Mekong Delta. This sanctuary is the home to many precious birds. Most storks in the garden heavily flock here in spawning season from the eighth lunar month of this year to the first lunar month of next year, annually. They gather in the garden to nest and reproduce from February to April in lunar calendar. 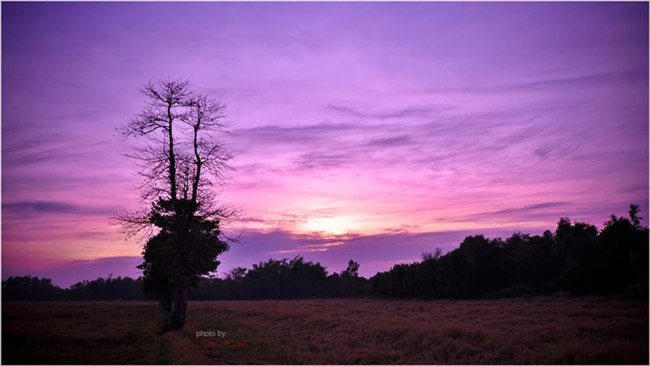 After visiting this garden, you can enjoy delicious food processed from stork such as fried stork, stork soup, toasted stork, etc., you will have meals in simple hut surrounded the old bamboo trees with pristine fabulous, magical, and lyrical scene. Bang Lang Sanctuary is really an ideal attraction bearing the features of garden tours. Bang Lang Stork Garden is an attractive tourist site for those who love to learn about nature, and adore a peaceful countryside with rice paddies, bamboo green trees and herons.

What to eat in Binh Dinh? Hot

Top 10 Most Appealing Tra Vinh Dishes That You Must Try

What to eat in Binh Dinh? Hot