The old house with hundreds of years of life, which moss covered the roof is a simple and familiar images, contributes its part to the definition of the relic of Ho Dynasty. 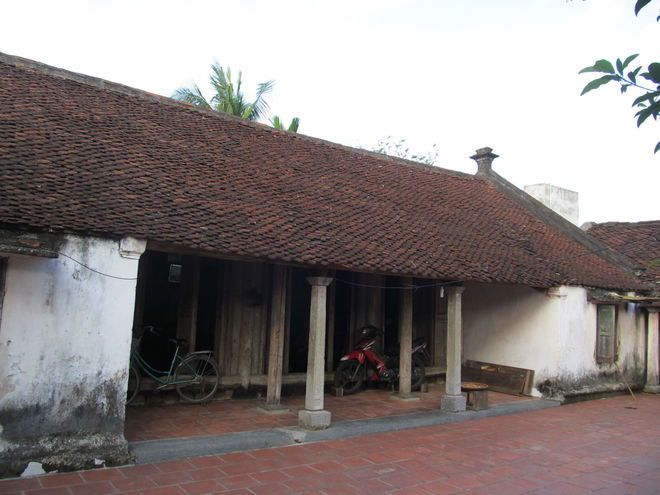 Tho Vuc Village, Vinh Ninh Ward, Vinh Loc District, Thanh Hoa Province is not far from the relics of Ho Dynasty, where preserved many old buildings dating back over 100 years old. 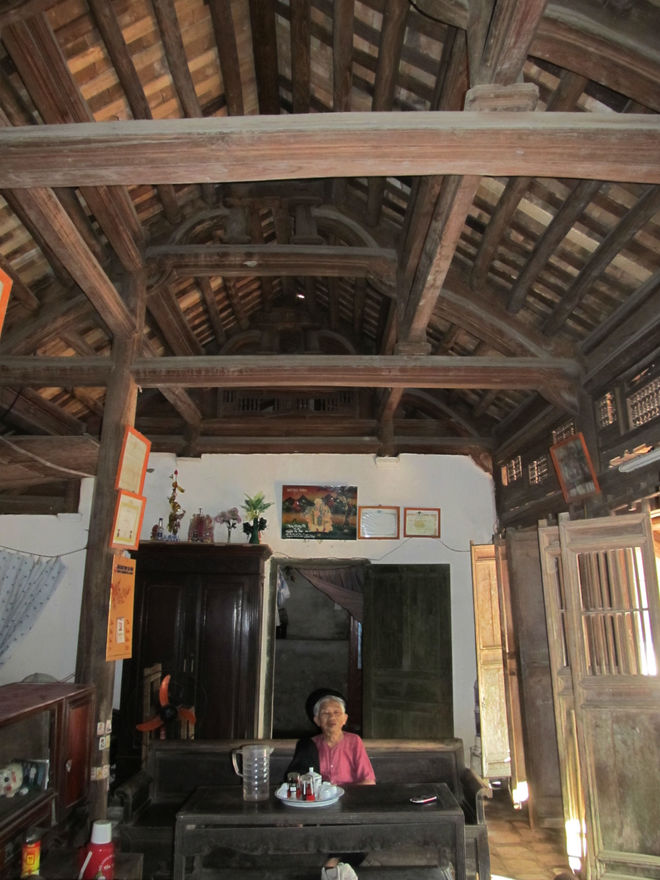 This house has belonged to Mr. Trinh Cao Binh’s family for over 100 years. According to the owner, the place’s wooden frame was bought from a wealthy family in Nam Dinh Province, and was reconstructed by his great grandfather. The entire house is made of the oval wood, a type of wood that has ovals on the surface. 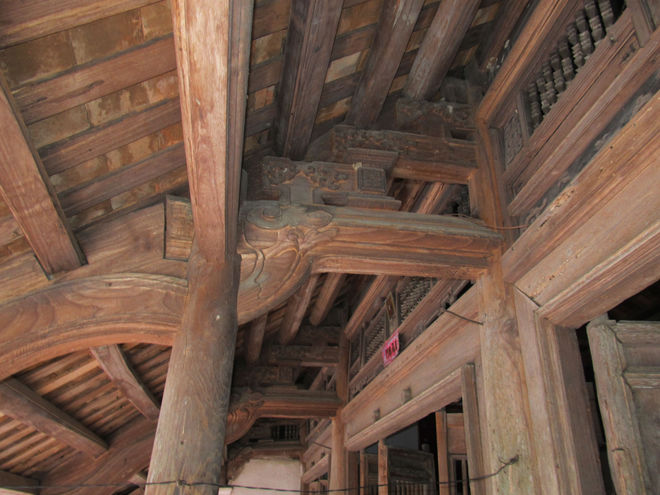 The house has 5 chambers, 2 sides and 3 in the middle. The interior sculpts and the architecture are intact. 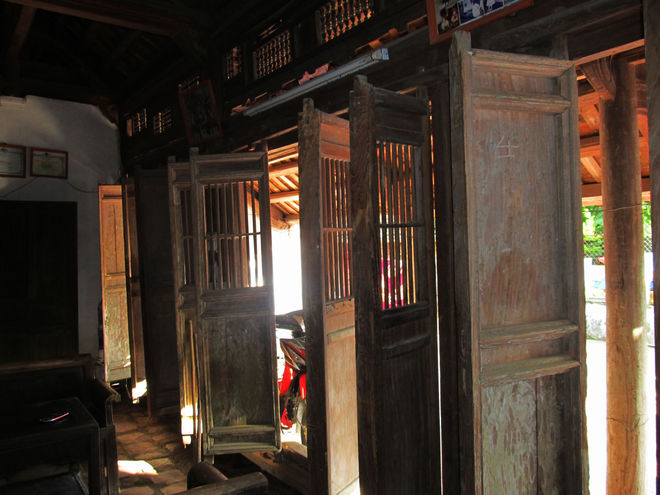 The door panels made entirely from oval wood, yet for more than hundreds of years of wind and rain, they still kept the details and also its uses. 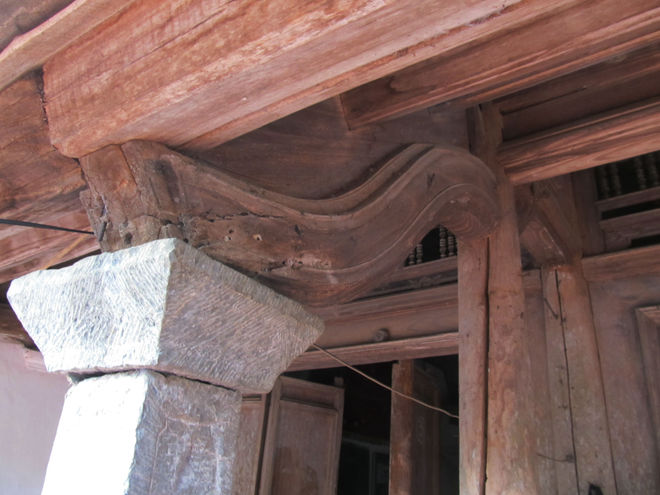 Two pillars outside the entrance of the house were carved from the monolith green stone weighing more than several hundred pounds. 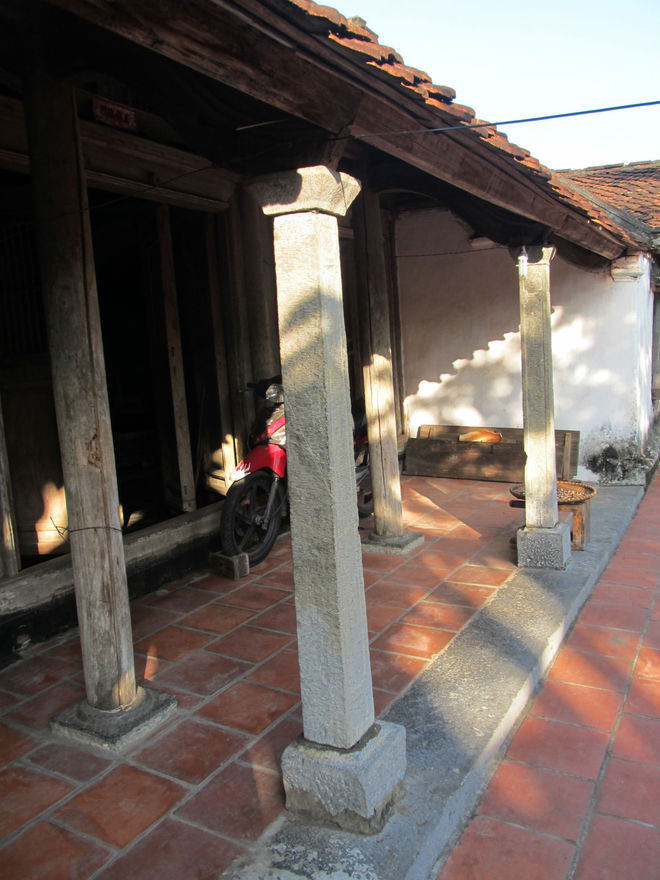 According to the owner, to withstand the harsh natural, the pillars must be solid, so the green stone was the choice. It took the workers months to perfect the new stone pillars. 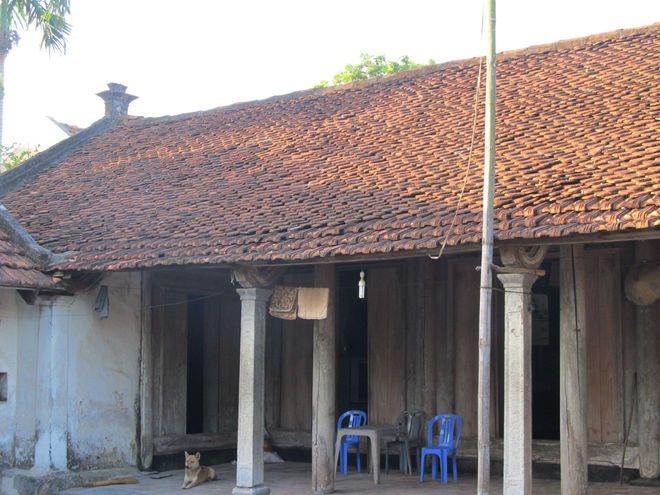 Another ancient house that is also over hundred years old belonged to Mr Dang Hong Tien. 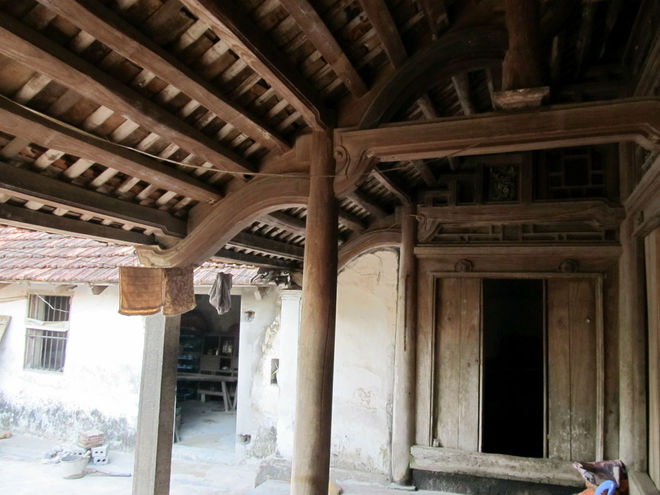 According to the owner, this was his grandfather’s house. He had bought the wood and tool, hired a professional team to perfect the details. 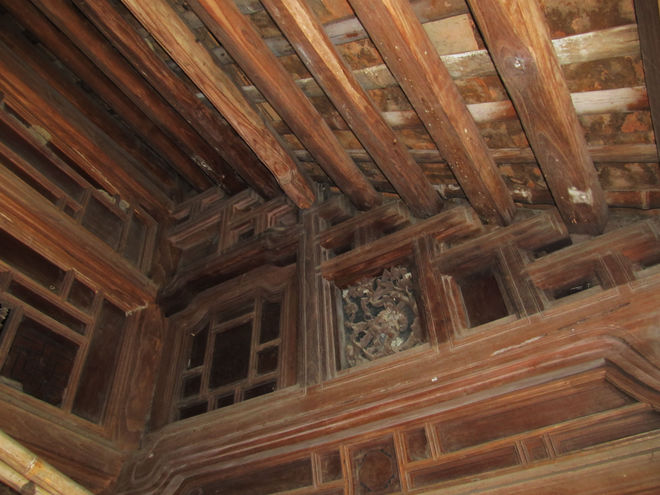 In order to facilitate the family’s activities, the house was designed to have a very large yard. This architecture is called reverse housing. 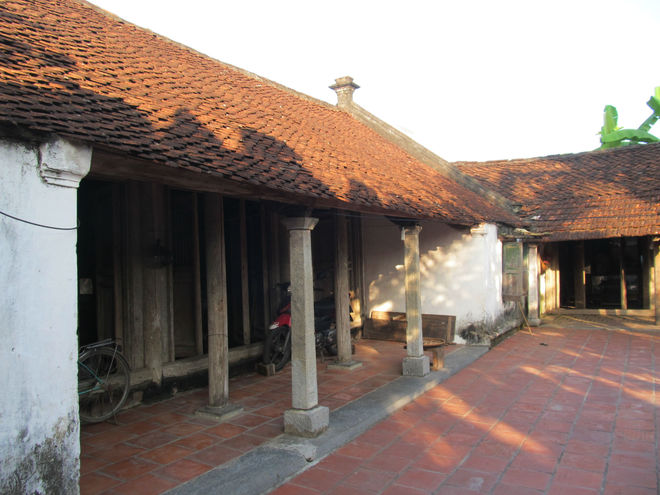 For more than hundreds of years, thanks to the materials and the unique architectures, these houses in Thanh Hoa Province remained forever with time. If you ever travel to the Ho Dynasty Relics, remember to take your time and visit these countryside houses, to find peace, simplicity and the old time.